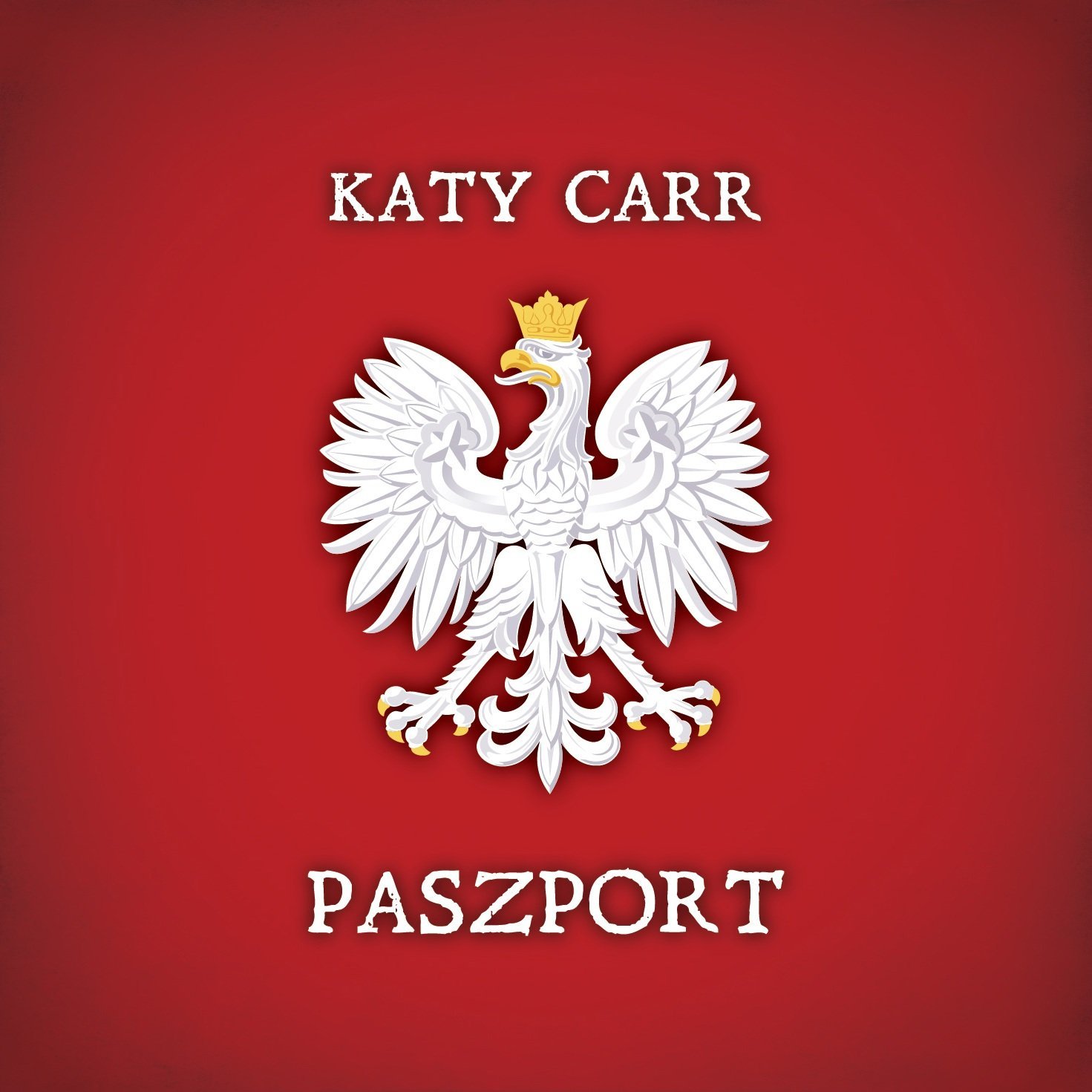 Katy Carr’s beautiful, romantic fourth album ‘Paszport’ is an epic, poetic journey through her past and that of her parents’ nation, Poland.

‘Paszport’ begins with a short extract in Polish from Kazik Piechowski, Carr’s main source of inspiration to whom she dedicates her record. Listening to Kazik’s voice, we not only hear a 92-year-old man who made a remarkable escape from Auschwitz in June 1942 – in Commandant Rudolf Hoess’s car dressed in SS uniforms – but also realise that the intergenerational link between Carr and Piechowski is key for the creating of this sensitive liaison. For it is the first time in Kazik’s life that someone has been inspired by his life to create something meaningful for him.

The first song is ‘Kommander’s Car,’ a fierce, pulsating, folk ballad describing Piechowski’s emotions in the last eighty metres of his escape. This song, initially released on Katy Carr’s previous album Coquette, has been remastered, but is crucial to this album as it is the point from which Carr’s current journey into discovering her Polish roots began.

‘Meeting Kazik changed my life. When I met him in 2009 and first played him my song Kommander’s Car, I had no idea that I would be taking this mammoth trip of discovery into my own Polish roots. Kazik’s story is therefore my key to gaining access to my own Polish heritage. Through the film I made with fellow British film maker Hannah Lovell, Kazik and the Kommander’s Car, we met Kazik for the first time. I have learnt through him how Polish people are so cool and fight for what they believe in. I am so very proud to have met Kazik and thank him forever for giving me back my love of Poland and my Polish blood.’

Dedicated to the Polish World War Two experience Carr has drawn on all her musical influences and performances in the British vintage 1920s, 30s, 40s scene and mixed them with hardcore Polish World War Two history topics that have remained silenced since then – due to the Iron Curtain’s rule over Central and Eastern Europe for over 45 years.

‘I am interested in bringing history into the contemporary through the form of song. It is with great pleasure that I have been described as an ambassador for Polish History by the Polish media and I intend to continue this role through my creative work. I want to help inspire people globally to learn all that Polish people and beautiful Poland has to offer.’

The album ‘Paszport’ explores themes of Polish WW2 experience and pays homage to the Polish soldiers and pilots who fought so hard for Poland’s independence only to have their country taken over by the Soviet Union at the end of World War Two – resulting in the mass displacement of Polish refugees across the world. In the song ‘Wojtek’ we catch a glimpse of the mascot of 22nd Artillery Supply Company of the Polish II Corps during WW2: Wojtek was a Syrian brown bear who was made an honorary ‘private’ by the Polish Army, due to their affection for him; later he helped soldiers lift ammunition boxes at The Battle of Monte Cassino, 1944.

‘Red Red Rose’ is a song inspired by the mass transport of 1.8 million Poles to Siberia throughout World War Two : it centres on the theme of a ‘black black train taking my baby away…’ Note the red star on the train in the artwork.

The lyrics of these emotive songs are contained within the CD, printed in a mini-booklet designed by Central Illustration Agency artist Susan Burghart, who is married to a Pole. Carr insisted that Burghart was taken to Warsaw on an inspirational artistic trip to create the artwork on this album, ensuring that inspiration was taken from such archival institutions as Warsaw’s State Ethnographic Museum, and the archives of the London museum, The Polish institute and the Sikorski Museum.
Musicians that have played on ‘Paszport’ come from a wide variety of sources. They include Klezmer cellist Francesca Ter-Berg, who was also Carr’s musical director; classical and gypsy violinist Flora Curzon; and Klezmer, Egyptian and Eastern European percussionist Guy Schalom [Schalom was nominated for Best Group in Songlines World Music Awards 2012 for his Baladi Blues Ensemble]. Wojciech Wentura was hired by Carr to help with her Polish pronunciation and to sing as the Opera singer on ‘Alicja’. And the voices of Polish soldiers from the 22nd artillery company are heard on ‘Wojtek’, whilst the Polish Partisan choir perform on ‘Chodźmy, Partyzanci!’, which translates as Let’s Go, Partisans!

Produced by Nigel of Bermondsey, this is a tight indie record exploring themes of love, refugee status, loss of passport, country, resistance, hope against adversity and patriotism.

We leave you with a quote from the poem by Jerzy Harasymowicz that is printed in its entirety in the CD booklet:

‘You own a passport therefore you exist.’