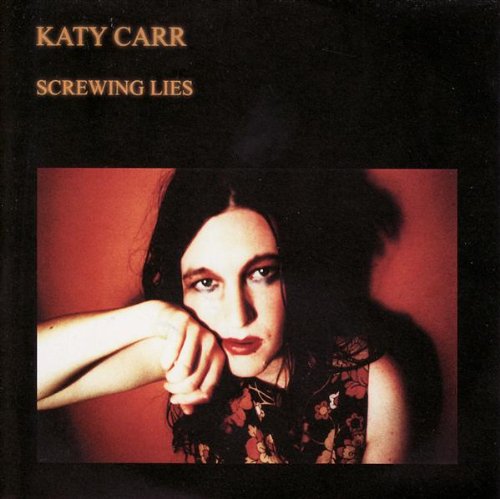 Katy’s debut album ‘Screwing Lies’ chronicles the madness of sexual relations, from unrequited love to lonely hearts, how it feels to be ‘the cheat’ or ‘the cheated’. Songs of infidelity and murder, transvestism and female insanity sung in a soothing, intoxicating voice.

Impossible to classify. ‘Screwing Lies,’ eclectic influences take the listener on a journey from the repressed Victoriana of the title track to the trip-hop cheekiness of ‘Knickers’. A dark, folk-pop muse, carr believes in the power of stories. Traditional tales are updated ad subverted with voyeuriem taking a front seat. The meaning of each story is elliptical, always in sight yet tanatalisingly just out of reach.

Beautiful on the surface with a delicious dark centre, ‘Screwing Lies’ is an accomplished debut album from a fascinating new voice in the acoustic world. Katy Carr is a welcome anomaly.

All songs written by Katy Carr

Photography by Gina Birch of The Raincoats