‘Wojtek The Bear That Went to War,’ directed by Will Hood and Adam Lavis – Poland/UK 59 min is the story of Corporal Wojtek the Soldier Bear – a magnificent 500lb military bear who fought in World War Two alongside a band of Polish soldiers, shared their beer and cigarettes – and eventually their fate. Told by those that knew him, his story will captured the imagination and provided a very different perspective of the Polish war story. The screening was followed by a Q&A with the director and veterans who knew Wojtek and a debut performance if Katy Carr’s song ‘Wojtek,’ which will appear on her forthcoming 4th album inspired by the Polish Partisans of WW2. 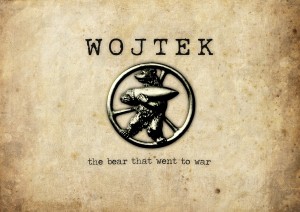 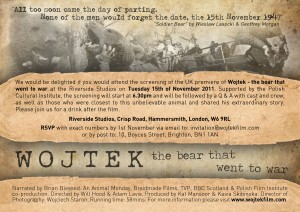