Katy Carr and the Aviators are very excited to be playing the Exeter Fringe Festival 4pm on 22nd June and 8pm on the 23rd June- The venue is the The City Gate Hotel Iron Bridge, Lower North. Street, Exeter. EX4 3RB, T: 01392 495811, E: citygate@youngs.co.uk 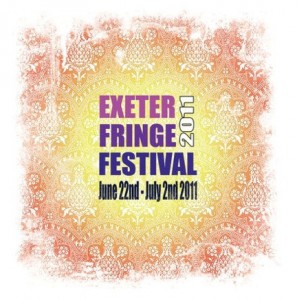 The City Gate –
22nd June, 23rd June
| £6
The Escapologist Tour – Katy Carr and the Aviators:
Dedicated to the honour of Kazimierz ‘Kazik’ Piechowski, a Polish scout who in June 1942 escaped from Auchwitz concentration camp in a Steyrr 220 car.
Expect an intimate evening of live, multi-media music and film show of Katy Carr’s highly acclaimed, music compositions themed on the era of 1940s as well as some golden oldies, and song hits from the era of the 1940s from both Britain and Poland.
The first half of the evening includes a film screening of ‘Kazik and The Kommander’s Car,’ a 25 minute documentary about the true story of Polish boy scout, Kazimierz Piechowski, who made a daring escape from Auschwitz in 1942. Directed by Hannah Lovell and produced by Katy Carr. Katy Carr’s song about the escape provides the soundtrack for parts of the film.
The second half features music from Katy’s album ‘Coquette’ and further 1940s songs in English and Polish.
Katy Carr and the Aviators are four musicians in total, Katy Carr [lead vocal, keyboard and ukulele], Francesca Ter-Berg [cello], Hannah Lovell [backing vocal] and Camilo Tirado [percussion].
“Katy Carr’s performances for Beaford Arts effortlessly blended contemporary song writing with timeless 1940s classics. A delight for audiences of all ages. Hannah Ashwell Programming and Events Manager, Beaford Arts.
‘Exquisite, original and lovely. ‘4/5 PSYCHOLOGIES
‘This album ‘Coquette,’ is a scrapbook of characters, places and stories from deep inside Katy Carr’s imagination and it has been a mesmerising experience to glimpse into her world.’ 5/5 Music Critic
Katy Carr celebrates the “beautiful feminine energy” of wartime icons Gracie Fields, Katharine Hepburn and Ginger Rogers, evoking their resilience, beauty and eroticism in the most haunting and uncanny ways. 4/5 Daily Express
Audience quotes [from her Beaford Arts Tour Spring 2010]
‘Back in time is the new way forward. Great Stuff. ’
‘Contemporary but timeless, – please come back soon!’
‘What a voice! What a future!’
‘Terrific integration of music and video.’
‘Beautiful sweet songs especially ‘Sally,’ my mum’s favourite. Lovely to hear your strong voice and sensitive music. Thanks for a great night’
‘A delight to hear our fave 1940s hits, your own songs and a touch of Klezmer – definitely more please! ’
Share: