I am making a trip to Warsaw to meet Polish pianist Stella Tjajkowski next weekend in Warsaw. I hope that i can write a new song for my forthcoming 4th album aboutr her life story which is incredibly moving….
Pianist Stella Tjajkowski was twice exiled from her home country. She arrived in Sweden in 1945 having survived the Auschwitz gas chambers, then returned home only to have to flee again from rising anti-Semitism in communist Poland. 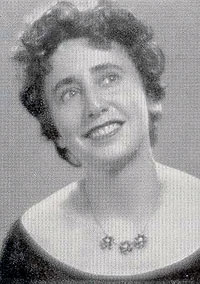 Tjajkovski’s family originated from Poland but moved to the enclave of Gdansk (then Danzig) in the 1920s. In 1938, the family decided to move back, but they were stopped at the border. It was only thanks to a fan of Tjajkowski already known as a pianist, who stepped forward and demanded that the family should have a right to continue to Poland, that they managed to cross back into their homeland.
Tjajkovski settled in the Jewish ghetto in the city of Lodz. In 1944, the city’s remaining Jews were deported to Auschwitz. Tjajkowski, her mother and little sister were among them.
Arriving at the camp, they were stripped of their clothes, their hair was shaved off and their personal belongings placed in boxes. Tjajkowski remembers the heavy doors of the gas chambers closing, and complete darkness that followed. Women started to scream “gas, gas”, but suddenly the door on the other side opened. Outside were wagons, waiting to transport the dead bodies. The sun streamed into the darkness and Tjajkowski was thrown out into the light, realising she was still alive. Years later, she learned that she survived due to a problem with the gas chamber’s radiator.
In the spring of 1945, as the Allied forces were advancing, Tjajkowski and other survivors left Auschwitz, walking for 10 days. Along the way, she and her sister, who was ill, were looked after by a group of Norwegian prisoners. They were able to make their way to Sweden. After a few years, she moved back to Poland.
In 1952, at the Academy of Music in Lodz, Tjajkowski graduated from the master class in piano with the highest honours. Between 1953 and 1957, she received a state bursary from the Academy of Warsaw and Krakow for her outstanding talent. She performed as a soloist and contributed to Polish radio stations.
As anti-Semitism grew in Poland, she decided she had to leave again. It was the custom that the country’s musicians were obliged to stay and serve the government for at least three years after finishing their studies. But the Polish Minister of Culture at the time understood the difficulties she was facing and accepted her decision to leave.
In December 1957, Tjajkowski acquired refugee status in Sweden. In 1960, she made her first public appearance as a pianist in Stockholm. As a professor at the Academy of Music in Gothenburg, she often performed as a soloist.
Recently retired from the academy, Tjajkowski says she regards both the Jewish and Polish cultures as her identities. “You have to belong to something,” she says.