Kazik and the Kommander’s Car documentary screening at the Portobello Film Festival. Please come along to see our documentary – I would be delighted to see you all there! Call Hannah on Tel : 07920 407111 for more info >>> 4PM  Westbourne Studios Acklam Road Notting Hill London 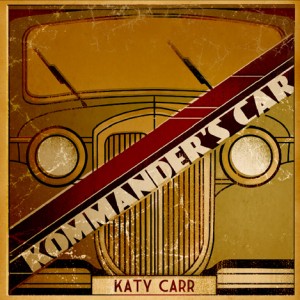 Noon, Saturday June 20th 1942
A young Polish prisoner, Kazimierz Piechowski (Kazik) and three other prisoners disguise themselves as SS officers, organise to getaway in the Commandant’s car, and escape from Auschwitz.
……
“Kazik and the Kommander’s Car” is a 25 minute documentary following songwriter Katy Carr’s visit to Poland in August 2009 to meet Kazik, now 90 years old, and play him her song “Kommander’s Car”, a tribute to Kazik’s do or die escape.
Kazik is one of the few people still living who can bear witness to the experience of Auschwitz. Through visiting his home and talking with Kazik, we find out about how he was imprisoned in Auschwitz in 1940 for being a Polish boy scout and resisting Nazi occupation. We hear about his experiences in Auschwitz and the audacity of his masterplan, and how he managed this unbelievable escape, when so few had ever escaped – out of millions, 802 tried, only 144 people made it.
Most of all, through Kazik’s strong and moving response to Katy’s song, we have a direct window into his experience, of the last 80 metres of his escape, when everything depends upon five seconds of action…
(‘Kazik and the Kommander’s Car’ is directed by Hannah Lovell and produced by Katy Carr. It has so far been shown as part of the Imperial War Museum film festival, at the Cultural Centre in Warsaw for the 65th Anniversary of the Liberation of Auschwitz, and the Portobello film festival London Film-Makers convention, and now at the official Portobello Film Festival.)