Thank you for your support and for all your kind words and messages in the light of the recent hate crimes that have been targeted at the Polish community across the UK in the last week. It was very heart warming to see so many Londoners come together and send messages of love and understanding especially in connection with the very sad news concerning The Polish Centre the POSK Hammersmith which became victim to Hate Crime . This building was founded before Britain even joined the EU, by a generation of Poles who heroically fought alongside the British in WW2 and in its entire 50-year history, POSK has never suffered vandalism before the Brexit vote. My forthcoming concerts will pay special attention to celebrating the great friendship between Great Britain and Poland.

EVENT ANNOUNCEMENTS : I am very happy to announce that Katy Carr and the Aviators will be performing at the following events:

31st July – Katy Carr performs at the Kresy Family lunch to commemorate the signing of the Sikorski-Maisky Pact which took place on 30 July 1941 granting an “amnesty” to all Polish citizens detained in the USSR and deprived of their freedom. Details of the event are as follows: Date: Sunday 31 July 2016 Time: 13.00 Venue: Lowiczanka Restaurant, POSK, 238/240 King Street, London, W6 0FR – or email eszegidewicz@yahoo.com 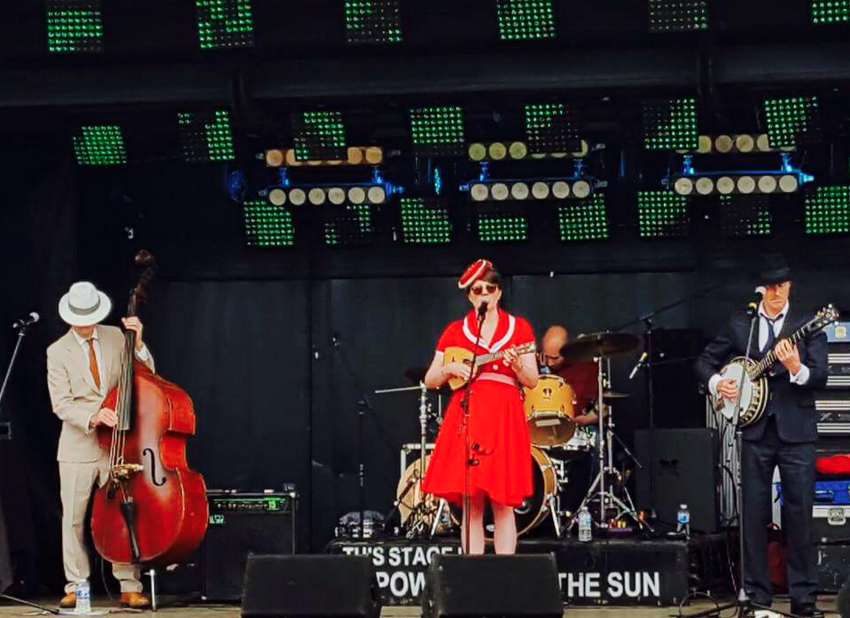 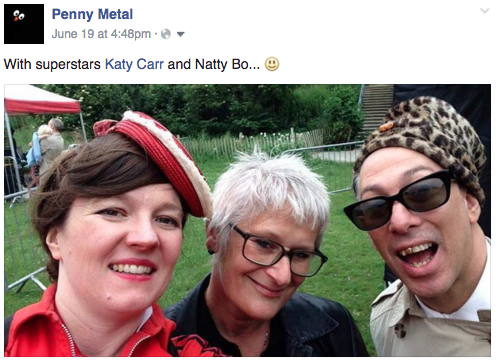 and our new Polish friends! 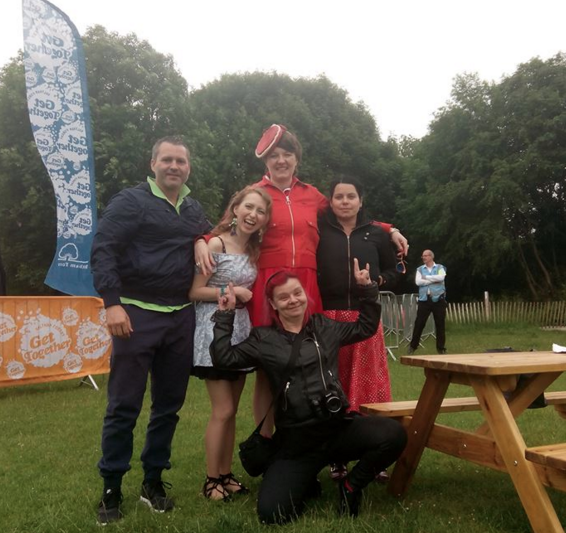 … signing the arms of daughters who told me  ‘Our mummy performs in a feminist performance group.’ 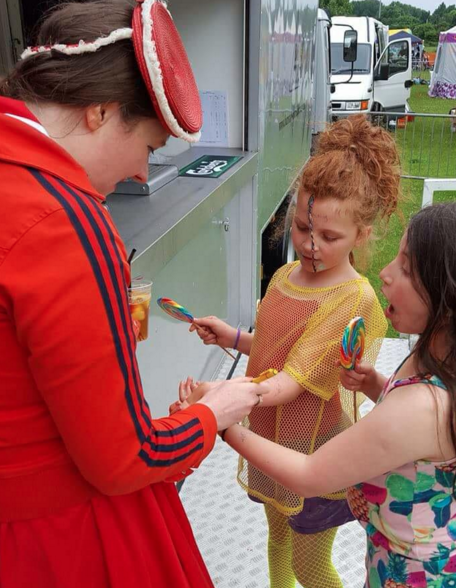 It was with great pleasure that I had the opportunity to host and sing at a special event in connection with the Krakow based Ribbon of Memory Foundation – Fundacja Wstęgi Pamięci at Club Ognisko on 17th June 2016. The Polish Viennese Architect Alexander Smaga who is spearheading the Polish Resistance Memorial ( Pomnik AK w Krakowie – Wstęga Pamięci ) gave an insightful and thorough presentation at our soldout event and the audience which included Polish WWII Veterans Sergiusz Paplinski (the last surviving Zolnierz Wyklety in the UK) and Marzena Schejbal (Warsaw Uprising Veteran), British Journailists from The Guardian, Forbes and Financial Times and the Polish Consul Michal Mazurek made valuable comments and contributions and everybody joined in to sing my song ‘Wojtek’ inspired by our most beloved Polish bear who was so dearly loved by the Polish soldiers during WWII. 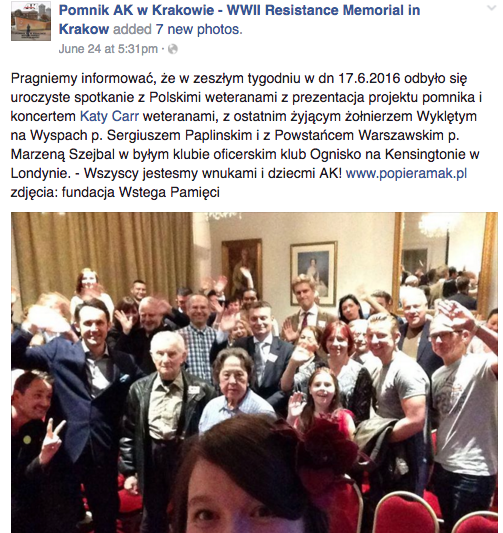 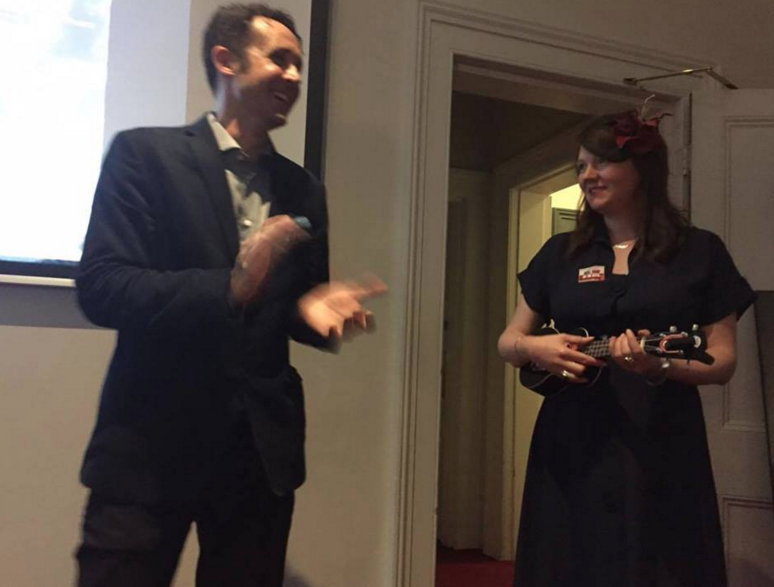 Below Architect Alexander Smaga explains the purpose of the WWII ‘Ribbon Of Memory’ Memorial and pays a special tribute to General Anders of the Polish II Corps. Katy Carr holds her ukulele having just performed the 1943 Polish Partisan’s Lullaby – Dziś do Ciebie przyjść nie mogę and about to sing Wojtek. 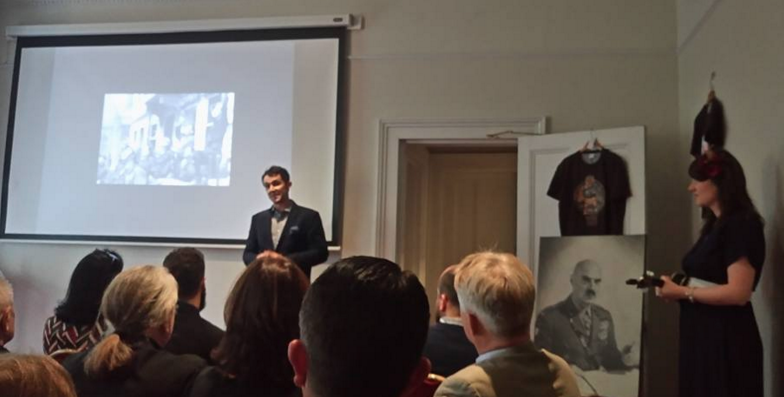 Below a big thank you for the wonderful meeting at the POSK the Polish centre in Hammersmith with Sergiusz Paplinski, a Żołnierze Wyklęci and Polish Freedom fighter. It was an honour to be in his company during our event and with Alexander Smaga who is an architect from Vienna with Polish roots who is currently raising funds to complete the construction of the Pomnik AK w Krakowie – WWII Resistance Memorial in Krakow Armia Krajowa Polish Home Army Memorial in Krakow, in 2017 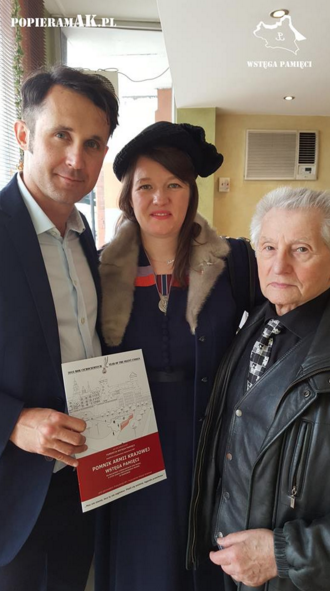 I write following an informative presentation I recently attended at the Polish Ognisko club in Exhibition Road, central London, which gave details of an innovative new war memorial that is to be built in Kraków, the most visited Polish city by foreign tourists. This endeavour, which your readers may find of interest, will be the largest war memorial in Poland when completed by May 2017. It is being spearheaded by a Vienna-based international project team, under the guidance of the polish-austrian architect and urban planner Alexander Smaga.

The team won an international architecture competition organised by the city of Kraków to remember and honour WWII resistance fighters, the brave men and women – many of whom gave their lives fighting Nazi tyranny and oppression – so that today people have the freedoms they enjoy. Sited on the airstrip used by the Germans to land planes in Kraków during WWII and below the city’s gothic Wawel Castle, the project is centrally located.

Largely crowd funded by people in Poland, to date the project has raised around US$200,000 (c.£150,000). The target to see it through to completion is US$500,000 (c.£378,000). This inspiring work that will be set amongst a backdrop of cherry blossom trees has gained the support and written endorsement from individuals outside Poland including New York city’s former head of urban planning. Attending the event in London too was a curator from RAF Hendon museum, who spoke on the contribution of 303 Polish Fighter Squadron in WWII, which is recognised as having the highest scoring rate of the Hurricane squadrons during the Battle of Britain.

Should your readers like to find out more about the ‘Ribbon of Memory’ project or to make a donation, please contact Katy Carr, the project’s Ambassador in the UK (email:info@katycarr.com) or visit: www.popieramak.pl 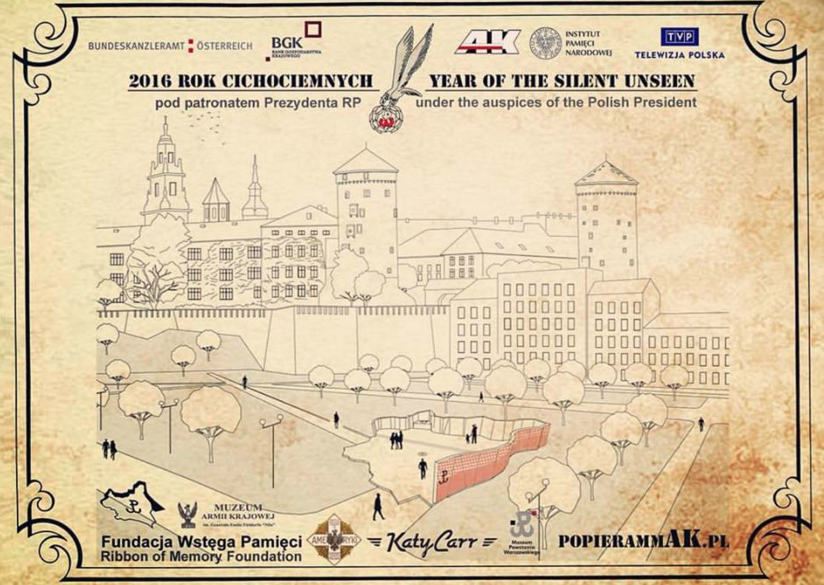 A BIG THANK YOU FOR INSPIRING ME :

John Lydon from the Sex Pistols who has been a massive influence for all of us DIY musicians all over the world. It was an honour to be in his company and hear about his artistry…. below I gave him a
copy of my album Paszport (2012 )- self released – Punk style! 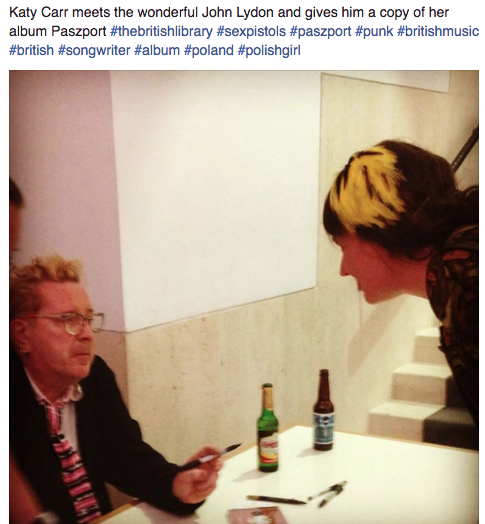 Thanks to STORIES FROM THE SHE PUNKS — live conversation with the film makers Gina Birch (the Raincoats) and Helen Reddington (Helen McCookerybook of the Chefs) as well as Jane Woodgate (the Mo-Dettes) and Tessa Pollitt (the Slits). Chaired by Zoë Howe, novelist, broadcaster, drummer and author of many music books including Typical Girls? The Story of The Slits. – 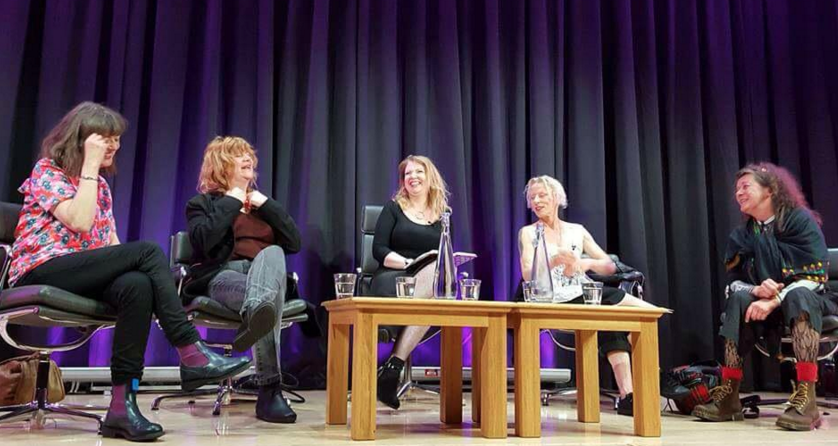 and their magical and inspiring performance at the British Library!

Amazing night with John Lydon and the Sex Pistols, Katy Carr and the Aviators, Lady Punks, The Raincoats, Helen McCookerybook and the Fireworks 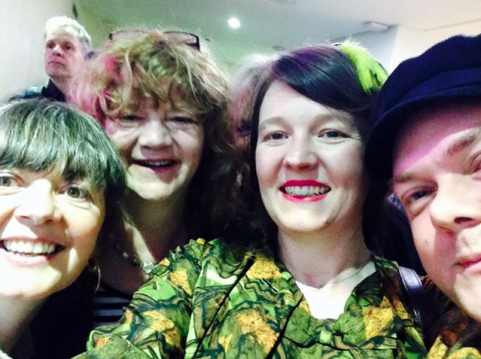 And I LOVE LOVE LOVED the Punk Women discussion with such inspiring ladies – getting my bass out now! 😉 The Observer’s Jude Rogers discussed punk’s impact on and importance in the lives of women who became musicians or were otherwise inspired to be active in fanzines and independent labels – and it was fascinating – looking forward to film on fri at the British library. With Gina Birch (The Raincoats); Pauline Murray (Penetration); Helen McCallum n (The Chefs); Shanne Bradley (The Nips) and Liz Naylor (Riot Grrrl label Catcall). 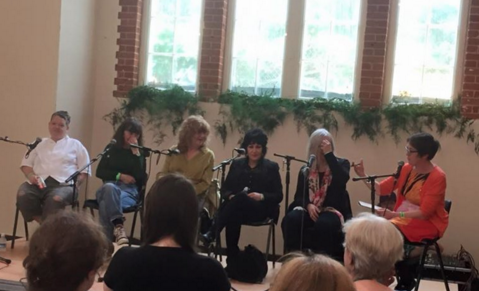 THIS MONTH WE PAY TRIBUTE TO – the members of the Polish military who were not given permission to partake in the Victory Parade celebrations of 8th June 1946 even though Poland was Britain’s only Allied military coalition force during the first two years of WWII and the third largest at the end of WWII after USA and UK – read more about this and obtain more info about the ‘Western Betrayal of Poland’ here – – https://en.wikipedia.org/wiki/London_Victory_Celebrations_of_1946 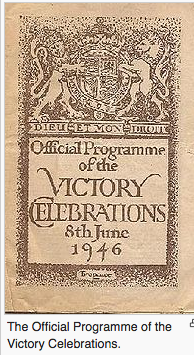 Meeting Kazik changed my creative life as his stories about his time after his escape in occupied Poland encourages me to write my albums ‘PASZPORT’ (2012) AND ‘POLONIA’ (2015) and make a film www.kazikfilm.com called ‘KAZIK AND THE KOMMANDER’S CAR’ 2012 to commemorate Kazik’s 70th Anniversary of his escape

WE SUPPORT OF ALL OUR FRIENDS WHO FACED RACIST ATTACKS THIS WEEK : – 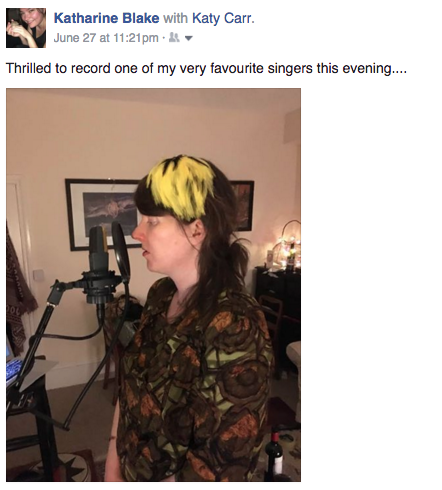 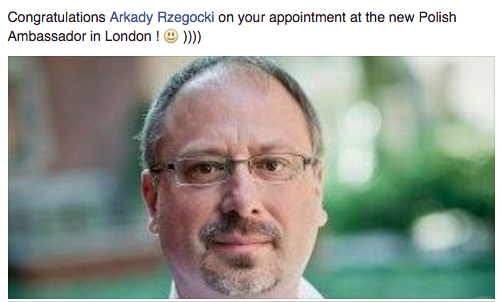 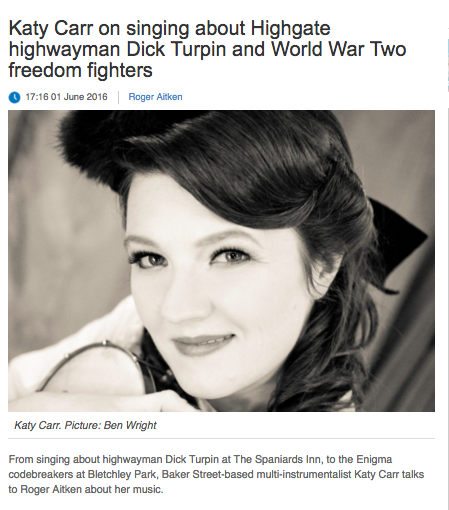 Q: You recently recorded your fifth studio album ‘Polonia’, which MOJO magazine commended. What inspired you to write it?
A: The Latin name for Poland, Polonia is inspired by the forgotten freedom fighters during World War II with songs like ‘My Beloved General’, which pays tribute to tank commander General Maczek who liberated France and The Netherlands.
A snubbed war hero, he ended up working as a barman in Edinburgh after the war to support himself.
My songs honour all Poles who were betrayed by the ‘Big Three’ – Stalin, Roosevelt and Churchill – at the Yalta Conference which gave Poland to the Soviet Union and left millions displaced and in exile.
The album was also inspired by Elgar’s prelude Polonia (1915) written for his friend Ignacy Paderewski, who became president of Poland. Elgar felt inspired to write about when the country was erased from the map of Europe and speaking Polish forbidden.
Q: You’ve recently appeared on national TV in Poland singing about the diaspora how was that received?
A: It was amazing to receive such a huge response when I performed with the Passionart Orchestra in Krakow and at a Freedom Fighter TV concert in Warsaw, which the Polish Prime Minister attended.
This March I was honoured to be awarded the ‘Pro Patria’ Medal by the Office for War Veterans and Victims of Oppression in Lublin, for helping to share untold stories on Polish heritage through my album Paszport (2012) and now Polonia.
The song ‘Bomba’ was in recognition of Polish mathematician Marian Rejewski, who in 1938 cracked German Enigma machine ciphers for the first time.
Q: On your album ‘Passion Play’ the song ‘Turpin’ refers to The Spaniards Inn with poet and comic John Hegl
ey as Turpin, but how did you come to collaborate?
A: I met John after a piano performance at an October Gallery event with renowned Hampstead poet Jeremy Reed. A friend suggested John would make an excellent Turpin and I agreed.
My ‘Turpin’ is the more romantic and loveable vision of the highwayman rather than the real cruel and dangerous murderer.
I imagined him wooing the ladies with his jet-black horse Bess. I’ve probably never giggled so much in the studio as when I recorded with John.
Q: Sometimes you perform as Katy Carr & The Aviators. Why aviator?
A: It’s partly because my line-up has changed over the years and almost like an airplane my group has rolled, yawed and looped in many directions.
The name also bears special meaning for me as throughout my teenage years I wanted to be a fighter pilot and gained a pilot’s licence. My heroes are the Spitfire pilots, female pilots from the Air Transport Auxiliary as well as Amy Johnson and Amelia Earhart.
Q: What was it like performing this April as a special guest with Cerys Matthews for the 100th anniversary of the 1916 Easter Rebellion?
A: It was extremely moving and emotive to sing Padraic Colum’s traditional Irish folk song ‘She Moved Through The Fair’ at this ‘Poet’s Rebellion’ event at the Luton Irish Centre, which commemorated the centenary of the uprising in Dublin – a pivotal point Irish history. The event resonated with me as many of the songs I’ve written are around loss of country, rebellion and refugees.
Q: What’s your favourite place in London?
A: I cannot single out one area. London is my favourite place and has been my inspiration. But pushed to choose a favourite place it would be Hampstead as it was the first area I moved to in the capital. It has such a romantic and poetic presence that can soothe the creative soul. The Heath is a mystery of delight for all of us to share.
Tags: Kazimierz Piechowski
Share: