Thank you for your continued support of my music and I am excited to announce that three weeks ago I released my 5th studio record ‘Polonia.’ I am very proud to announce that the British media have embraced my songs and given my album no less than 4/5 stars across the National Broadsheet Papers and Music Magazines. As you can imagine we are all extremely excited as this is a great achievement especially for an Independent record release. I would therefore like firstly to send out my sincere thanks to all those journalists who have supported my music and the wonderful Team Katy at Evans Above PR, Proper Distribution UK, Fonografika PL, RoRo Management who have promoted Polonia and to all my musicians who created this record with me with special thanks to Nigel of Bermondsey producer of Polonia (2015) and Paszport(2012).

EXCITING NEWS : KATY CARR SUPPORTS KATE TEMPEST AT FUNK THE BORDERS – We are raising money to feed refugees from Syria stranded in refugees in Samos, Lebanon and other Greek islands and French camps. All welcome 🙂 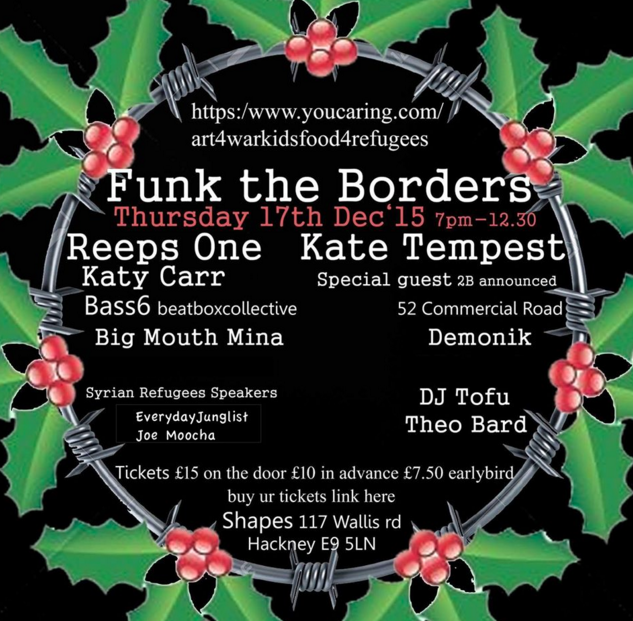 ‘An eclectic sonic paletta, full of charm and verve but with a melancholy undertow.’ The Independent 4 stars ****

‘Polonia begins with a love song to Polonia, the Latin name for Poland, that shows her strength as a writer of grand, upbeat melodies.’ The Guardian 4 stars **** 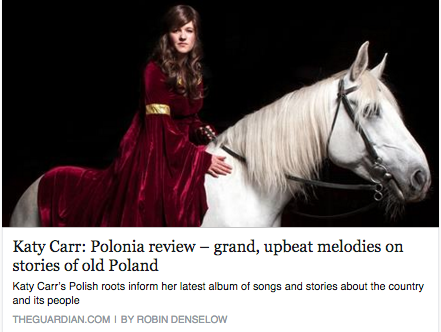 ‘Born to a Polish mother and Scottish-English father, Katy Carr has become fascinated by her Polish roots and the country’s history during the Second World War. Her last album, Paszport, matched history lessons with strong melodies, and the new set, released this month, broadens the range with stories about Charlie Chaplin and his Polish fiancee or the West’s betrayal of Poland at Yalta. This is the title track, a love song to the country the Romans called Polonia.’ 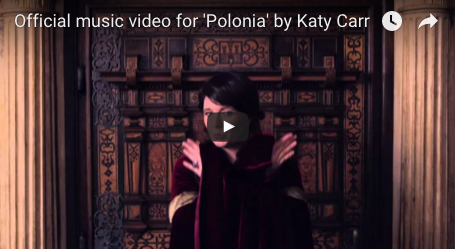 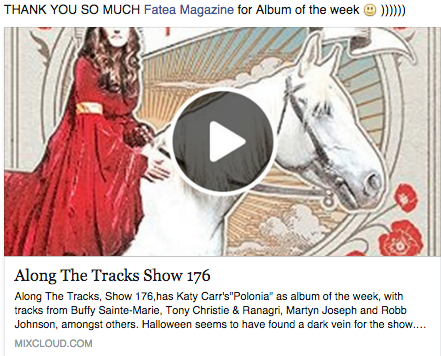 Kemptation review
‘Carr has described for us once again a world of forgotten people and lost stories and she guides us with an unshakeable vim and enthusiasm, which makes her spirit infectious.’
MEDIA POLAND :
Polish Radio Interview with Agnieszka Bielawska on Radio Poland (in English)
http://www.thenews.pl/1/6/Artykul/228789,Katy-Carrs-new-album-Polonia
Katy appeared on Marek Niedźwiecki’s television show in Poland 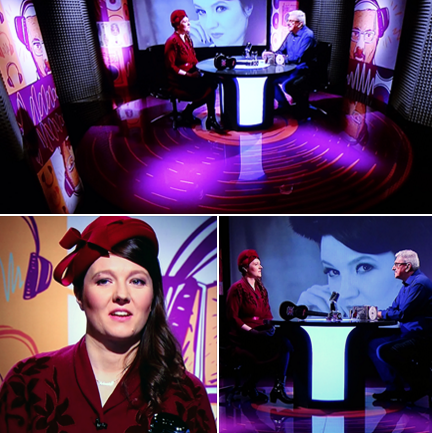 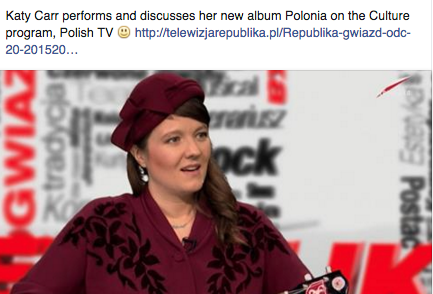 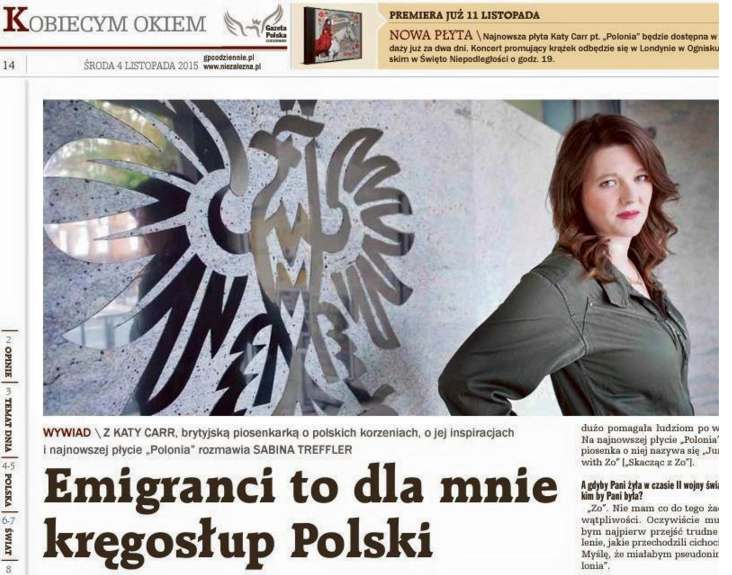 Big thanks to the Dziennik Polski for this fabulous feature and also front cover 🙂
Article in Polish 🙂
http://www.dziennikpolski.co.uk/artykuly/2015/11/24/niech-zyje-polonia/ 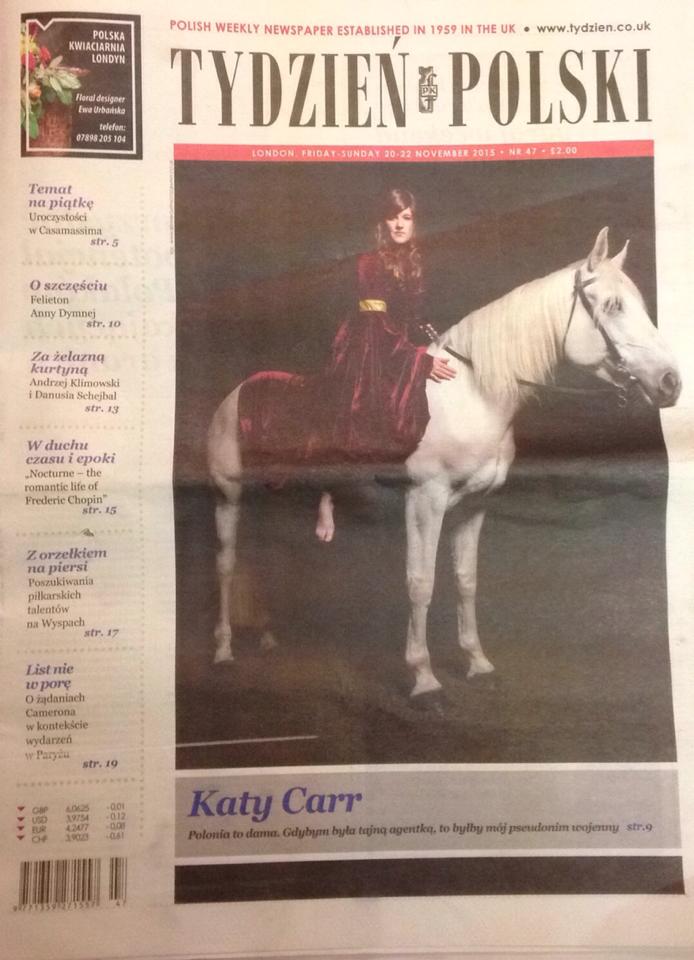 BIG BIG thanks this month go to :
All at Club Ognisko for hosting a wonderful Polonia album launch concert for me on 11th November 2015 – Lady Belhaven,Nick Kelsey and Ania Mochlinska for all your hard work in organising the evening 🙂 Zywiec Beer for the drinks sponsorship and for all the beer glasses that my guests were able to take home with them 😉 Anna Gruszka and all at The Polish Cultural Institute for supporting the album launch and funding the evening 🙂 Clare Mulley and Aileen Orr for speaking so fantically at my album launch, my musicians Oliver Parfitt, George Simmonds, Steve Beresford, Alexander Drake Brockman, Hannah Lovell for your hard work on the concert projections and music video direction 🙂 Lord Ant B, Elwira Niedzwiecka, Tadeusz Bebnowicz for fab gig photos, Anna Smyk for my makeup  and everyone in Edinburgh for organising such a great concert for Katy Carr and the Aviators at the Unveiling of the Wojtek the Bear memorial with very special thanks to Lesley Duncan (Mummy Edinburgh) and Aileen Orr (Mummy Scotland) Scotpipe, Scot Poles and the Consul General in Edinburgh, Dariusz Adler.
SPECIAL SPECIAL SPECI
AL thanks to my beautiful white horse star Purdey and this horse charity deserves our support 🙂  www.wormwoodscrubsponycentre.org
Thank you too all my fans and supporters 🙂 apologies if I left anyone out – you know who you are and i LOVE YOU VERY MUCH XXX
Photos below 🙂
Presenting an award at the Polonia album launch to Nigel of Bermondey for Best Producer for my fourth album Paszport (2012) which won Best Concept Album at the 13th Independent Music Awards. (Nigel also produced Polonia). Foto Lord Ant B 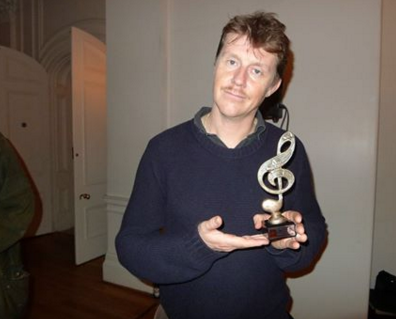 Wonderful concert in Edinburgh – here I am at the end having given medals to both Aileen Orr and Lesley Duncan for their unbelievable hard work in bringing Polish and Scottish communities together. I love them SOOOOO MUCH – I LOVE SCOTLAND SOOOO MUCH!!! AND SCOT PIPE 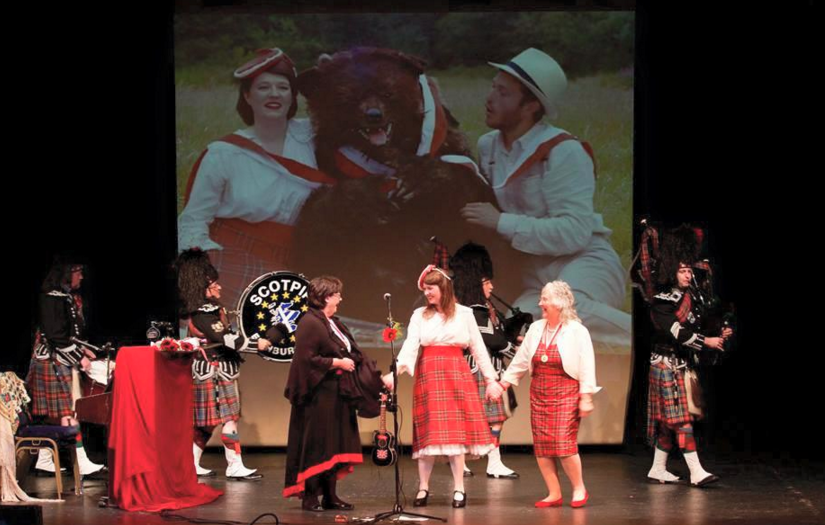 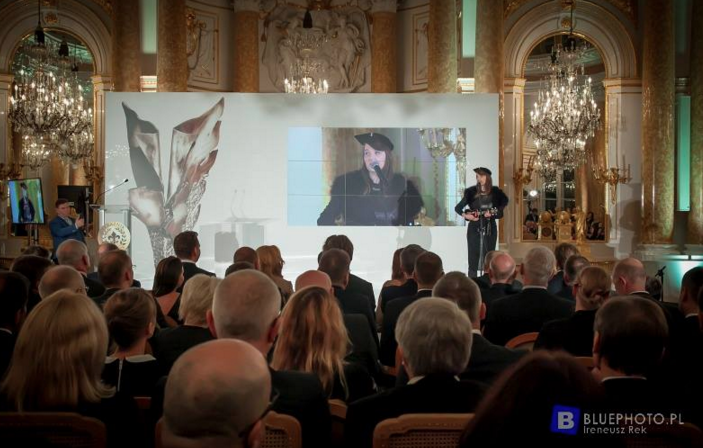 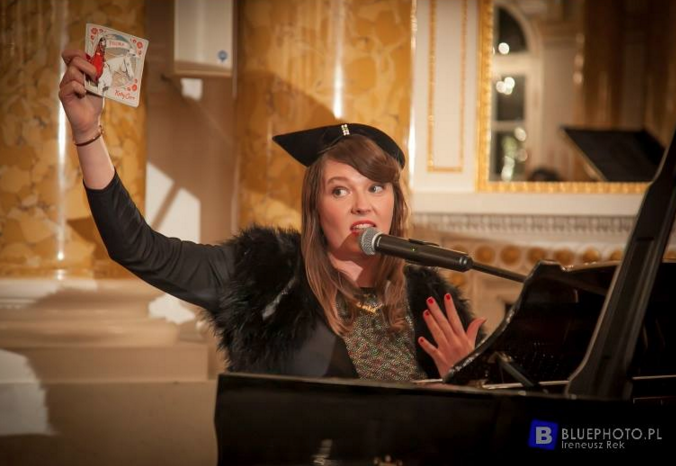 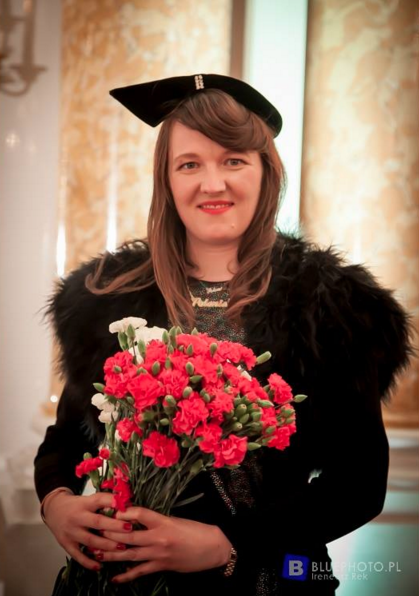 With my dancing friends in Edinburgh before our concert 🙂 )))) 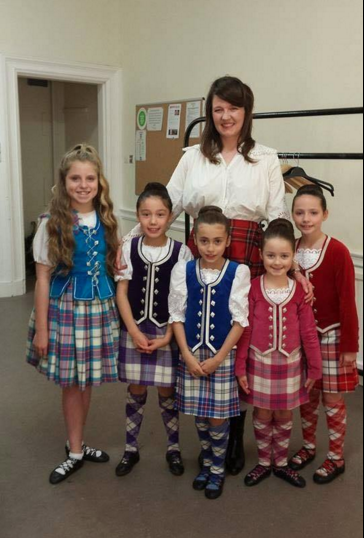 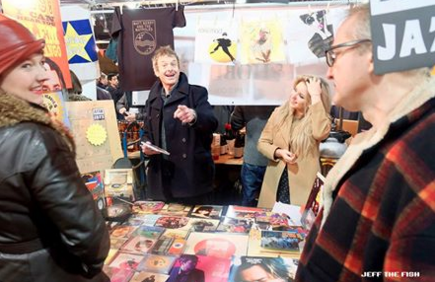 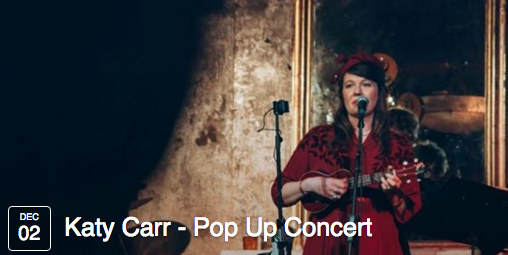 – ‘Carr is a fine example of that much-maligned beast we call Authenticity…’
– ‘never less than immaculate’ Sunday Times Culture Magazine
– ‘Concept album of the Year’ The Guardian
– ‘Her idiosyncrasy as a musician meant she’d have to forge ahead under her own steam – even the most avowedly avant labels fight shy of butterflies they can’t easily net… ‘
– ‘She’s a true original, standing out like the spark generated by a Swan Vesta applied to a cigarette in the Blackout.’
Katy Carr’s Awards :
Katy Carr won Best concept album in The 13th Independent Music Awards 2014
Katy Carr was nominated Best Artist 2013 for the Songlines Music Awards
In January 2013 Katy Carr received the Award for Culture from The Polish Daily – Dziennik Polski as part of the prestigious Dziennik Polski (United Kingdom) People of the Year Awards for her efforts in connecting both British and Polish communities together through her musical performances, film screenings and outreach work to both the young and the elderly in Great Britain.
Katy Carr was nominated for the London Music Award 2012 alongside Kate Bush, PJ Harvey, Arctic Monkeys, The Good, the Bad & the Queen, Metromony, Ed Sheeran, Jim Jones Review, The Unthanks and Laura Marling.
~
Katy Carr Links below – please keep in touch!!!!
website : www.katycarr.com
email : info@katycarr.com
twitter : twitter.com/KatyCarrmusic
facebook : www.facebook.com/KatyCarrMusic
Katy’s BBC and Polish Radio interviews : soundcloud.com/katycarr
Katy’s videos : youtube.com/katycarrmusic
Katy Carr on Wikipedia : http://en.wikipedia.org/wiki/Katy_Carr
Buy Polonia here : http://apple.co/1il7V87 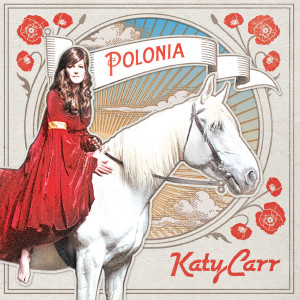