Mark Riddaway meets Marylebone-based singer Katy Carr and hears about an Auschwitz escape, her love of flying and meeting Vera Lynn.
Katy Carr’s new album began, she says, with her grandmother. “I’ve got a grandma, she’s 96 years old. When she was about 92, and my grandfather had died, she got very lonely and she would sit in her house and say nothing. Then one day I happened to say, ‘What was the war like grandma?’ and she just opened up. 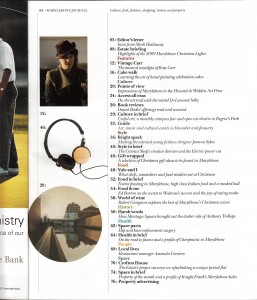 “I couldn’t stop her speaking. It was just something she really wanted to talk about. Then we got onto talking about the songs of the era. At that time I’d just got into the ukulele and I was able to sit with her and play her these songs – things like Painting the Clouds with Sunshine and George Formby and Sunny Side of the Street, Cheek to Cheek, Sally, all these songs from the 40s. And that’s really where it all started.”
Pop music has long had a habit of looking backwards, but while a glut of 20-something singers are currently mining the 1980s for synth bleeps and shoulder pads, Katy’s musical nostalgia is for a far earlier and less fashionable era. With song titles such as The White Cliffs, Berliner Ring and Army, and subject matter that embraces Marlene Dietrich, Spitfire pilots and an escape from Auschwitz, the 29-year-old singer’s third release, Coquette, is that rarest of beasts
– a second world war concept album that’s not by Vera Lynn. 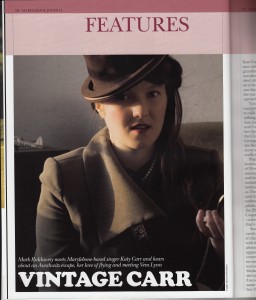 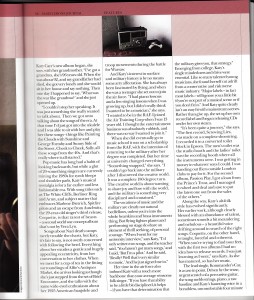 Songs about Nazi death camps rarely trouble the charts, but Katy, it’s fair to say, is not overly concerned with following the herd. Everything about her exudes a gentle and hugely appealing eccentricity, from her conversation to her clothes. When we meet for a cup of tea in the fitting surroundings of Alfie’s Antiques Market, she arrives looking as though she’s just stepped from the set of Brief Encounter, and she talks with the same wide-eyed enthusiasm about her 1925 American banjolele and troop movements during the battle for Warsaw.
And Katy’s interest in warfare and military history is by no means some arty affectation. She has always been fascinated by flying, and when she was a teenager she set out to join the air force. “I had piano lessons and a few singing lessons when I was growing up, but I didn’t really think I wanted to be a musician,” she says. “I wanted to be in the RAF. I joined the Air Training Corp when I was 13 years old. I thought the entertainment business was absolutely rubbish, and there was no way I wanted to join it.” 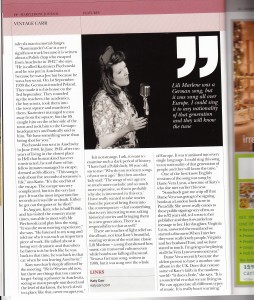