Vintage clubs and retro artists are having a ball as recession bites. Tim Cooper looks back at the scene
This year’s model: Katy Carr 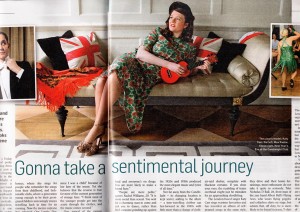 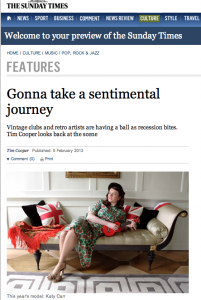