Tagged as ‘a star in waiting’ in 2001, eight years on Carr is still waiting, though one hop-es a modicum of justice will prevail. On these narratives themed around World War II, her crystaline vocals may suggest another Kate Bush acolyte, but the bald subject matter distances her from the kooky crowd. Variously she transforms into a German cabaret seductress (Erotic Days), a suicidal war widow (White Cliffs) and an Auschwitz inmate dreaming of flight (Kommander’s Car). As strings slither and soar, the crisply pronounced orchestrations strike a startling balance between the grim and the fairytale.
**** 4/5 Q Magazine December 2009. Review by Hugh Montgomery 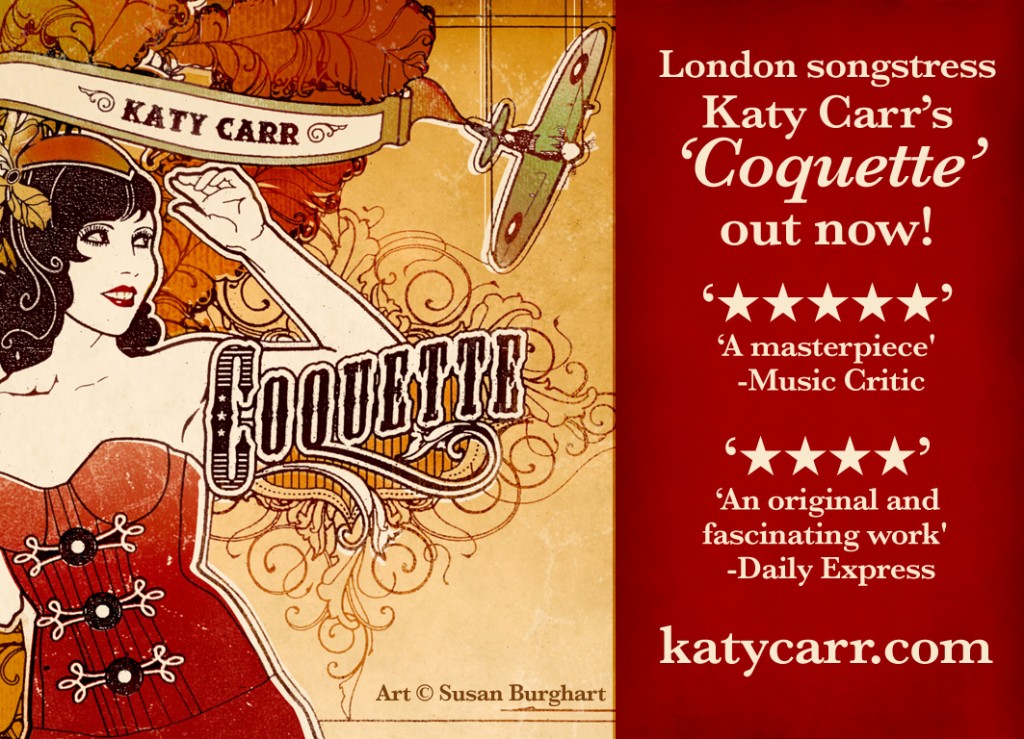 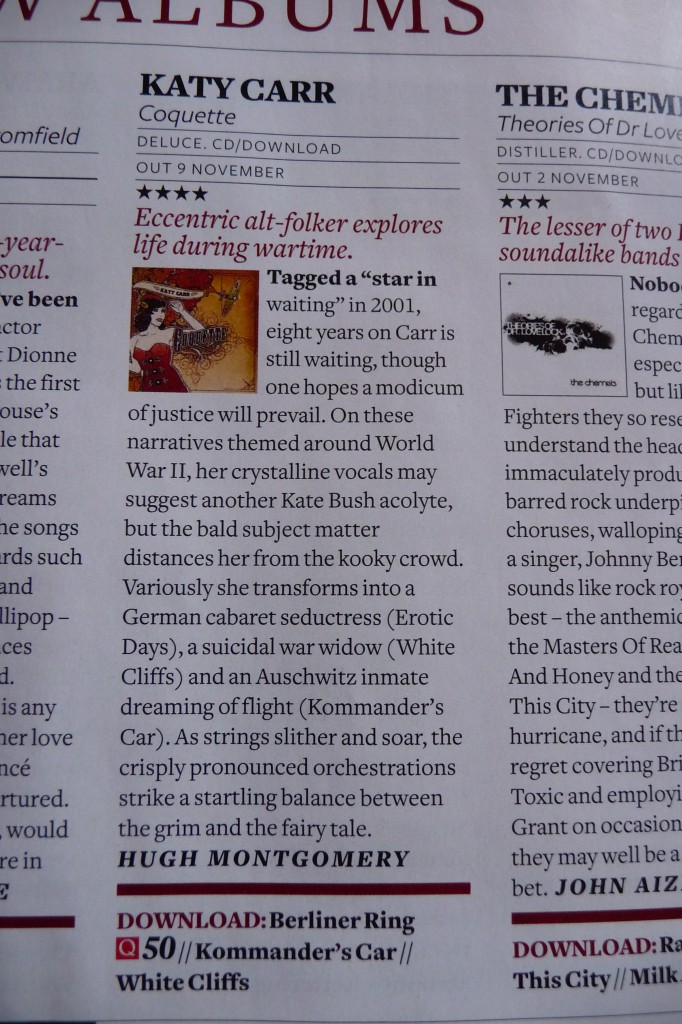