I hope you are having a wonderful start to 2012.

Great Britain and Poland through new music, film and art.

Kazik and the Kommander’s Car

Big thanks to all who helped organise our January screenings at the London Short Film Festival and to The ‘Speak Up Speak Out’ Holocaust Memorial, Enfield, where our proceeds will be shared with The Auschwitz-Birkenau State Museum

Join us for our next exclusive screening at

KATY CARR was nominated for the LONDON MUSIC AWARD 2012 alongside:

– ‘Carr is a fine example of that much-maligned beast we call Authenticity….

– ‘Her idiosyncrasy as a musician meant she’d have to forge ahead under her own steam – even the most avowedly avant labels fight shy of butterflies they can’t easily net…. ‘

– ‘She’s a true original, standing out like the spark generated by a Swan Vesta applied to a cigarette in the Blackout.’

‘KAZIK AND THE KOMMANDER’S CAR’

Katy Carr and all her Aviators! 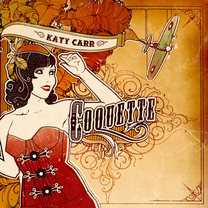 LINKS BELOW JOIN ME!!!