It’s a curious thing that two of the best, most mature and beautiful albums of the year have both been released by women whose names start with the initial K. Coincidence? Very probably. But it makes for a good hook line, at least.

Katy Carr came on to my radar a little more recently, with her glowing, unusual Paszport album in 2012. Half-British, half-Polish, this was the beginning of her exploration of hr Polish heritage, specifically the country during World War II. It offered something different in music, a superbly imagined and executed concept, and it brought widespread great reviews. 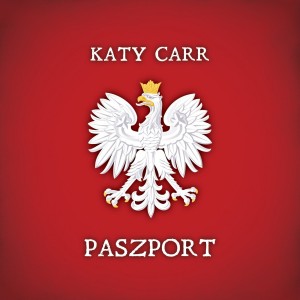 Red Red Rose (not off the new album, but glorious)

In the time since then, Poland has continued to dominate her music, as if the place has helped her voice blossom; indeed, that’s evident on the opening lines here, on the song “Polonia,” named, like the album, after Elgar’s composition for Poland: “Sweet England, am I leaving you, am I leaving you behind?” In many ways she is. The celebrations here are of Poles – a famous Polish spy in “Christine The Great,” the scientists who first deciphered Engima in “The Mathematician,” and a polish general who was reduced to working as an Edinburgh barman after the war with “My Beloved General.”

During the war the fates and history of Poland and Britain were strongly intertwined, but how aware are we of many Poles, let alone the great moments of their history. This is music that illuminates dark times, and does it with passion and very angular individuality: “When Charlie Met Pola” has the leaps and strangeness of an early Kate Bush composition, yet humour ripples underneath it. And throughout Polonia there’s a very wide streak of romanticism (very apt as this is about Poland), not only in Carr’s piano playing (“Exiles”) but also her very moving lyrics, as with “Hands Of Time,” for instance, while the albums long closer, “Red Wine,” is a beautiful, gliding statement of loss and heartbreak, something Poland’s suffered often enough itself.

It’s very much a pop album, often with bouncy tunes and a few soulful horns bringing oomph to “Snow Is Falling.” Peer a little deeper and there’s introspection along all the highways and byways of the disc.

Katy Carr’s truly grown into an artist whose reach doesn’t exceed her grasp. She has the soul of a (Polish) artist and Polonia is the glittering result. 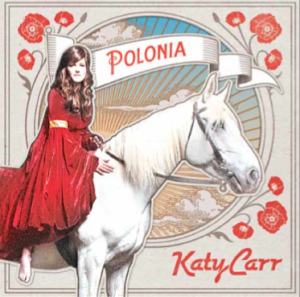 Six years ago I was sent an album called Chocolate Paper Suites by an American named Krista Detor. I played it in the car as I drove through the bare, spare beauty of the Peak District. As soon as it finished I hit repeat. It’s been a perennial favourite ever since.

Barely is two albums down the line from that release, and in that time Detor’s discovered how to burrow deeper into feelings and to express them with loving grace in a voice that’s full of warm intimacy. It’s a voice that imparts confidences and secrets in the night, and the things she has to say are pop songs for people with real, adult emotions. People who’ve experience joy and heartbreak.

She’s the queen of bittersweet, but that’s a reflection of life. There’s the hopes and pride of a parent on “For All I Know,” the seduction and retreat that fills “Can I Come Over,” the push and pull of a relationship of the title track.

The stripped-back arrangements and close production by David Weber is exactly what the material needs. These are songs that look inside, and the sound conveys exactly that. Three tracks feature an extra female singer, perfect ornamentation and the chance for some delicious harmony singing, with Mary Dillon and standout on “The Coming Winter,” where the two voices intertwine like vines, a sound to take the breath away.

The culmination of the album, though, is Detor absolutely solo, voice and rippling piano arpeggios on “Too Fast,” a gorgeous meditation on how life speeds up as we grow older.

Some albums are made for the here and now, and that’s fine. Others are for the ages.Barely is one to still play years from now. It’s music that won’t age.

Two excellent albums. Both by women whose names start with K. Yes, it just happened that way, of course it did. Just be grateful that there’s such wonderful music out there.